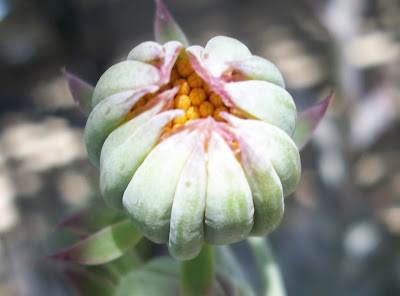 Senecio spp.  'Oribi Gorge'
This is the flower of a succulent plant from the Senecio species.   Other plants under this family look different from this plant.  There are several plants classified under the group and the only possible resemblance of the 'Oribi Gorge' with other plants that I see would be the characteristics of their flowers.
Senecio is derived from a Latin word senex meaning old man which could be seen in the fluffy white seed heads of senecio plants plants.  If you look at the picture above, you can see a glimpse of the individual flowers within a flower.  Each of those tiny yellow flowers is capable of being fertilized and becoming seeds called achenes.  For the 'Oribi Gorge' I still have to see what happens.  Right now the flower is opening at a very slow rate measured only in nanometers (nm) per day.  While we wait therefore, I invite you to focus on appreciating the beautiful architecture of its flowers. 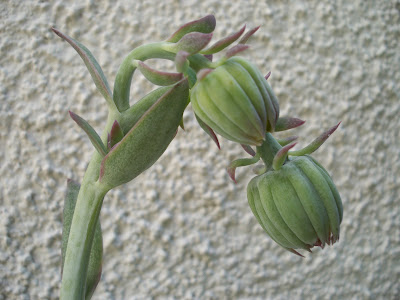 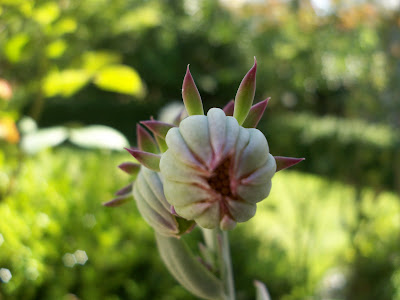 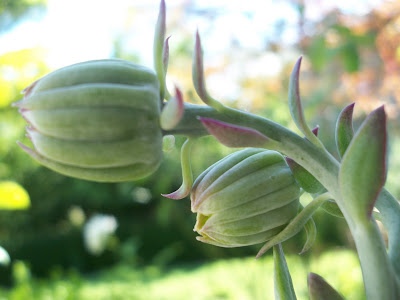 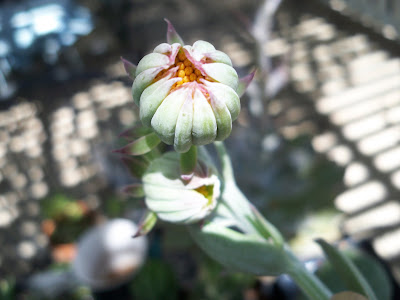 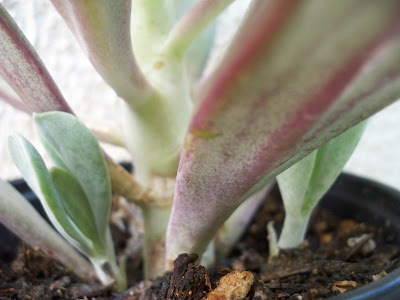 Senecio spp. 'Oribi Gorge'
The 'Oribi Gorge' was named after the place where it was discovered in South Africa.   Although it is a succulent, it prefers to be watered well during the hotter months to look beautiful.
Posted by Helen Lewis at 1:49 PM