Radicchio in my Kitchen Garden 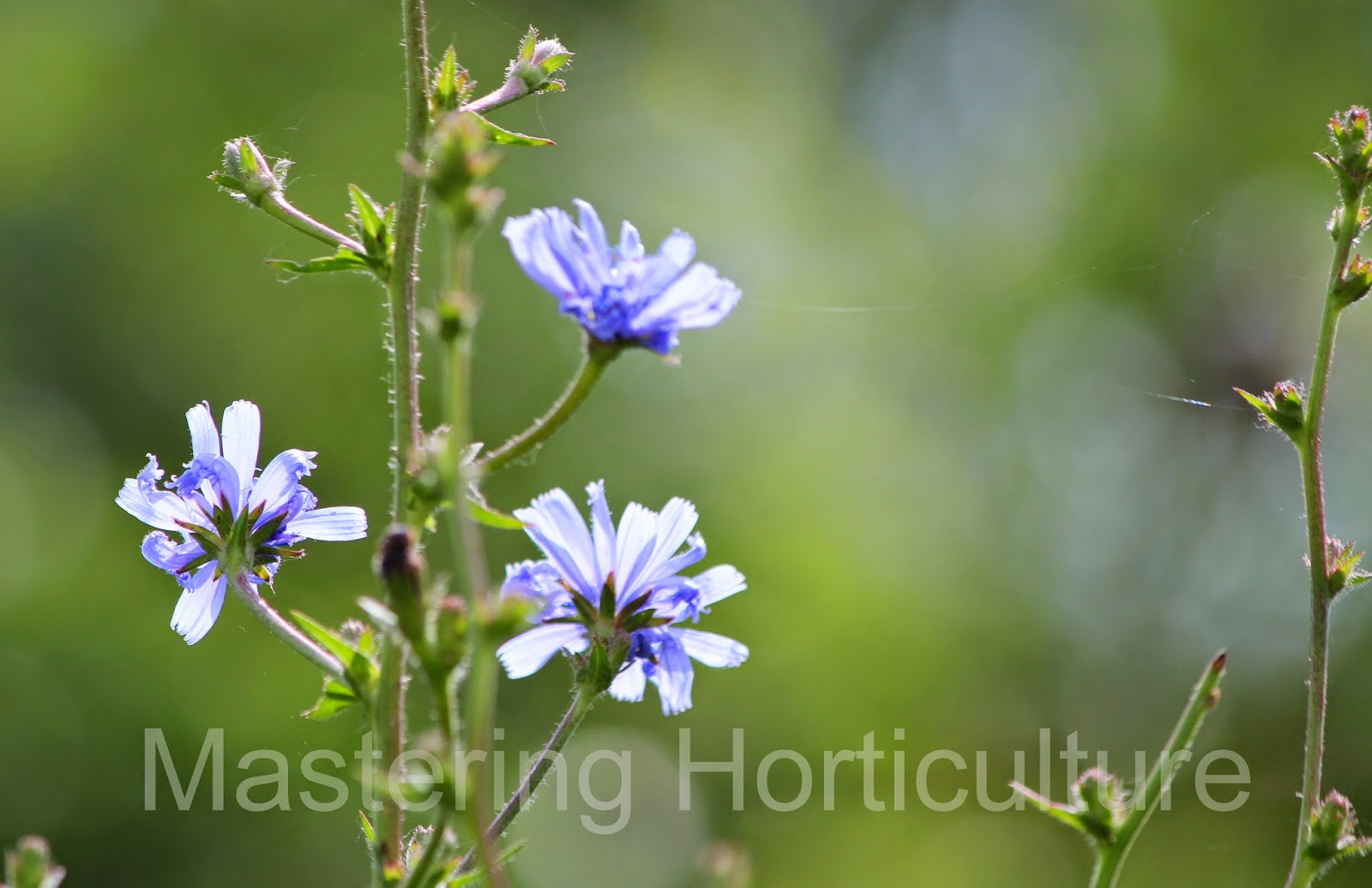 Radicchio (Cichorium intybus) made it into my vegetable garden when my husband sowed (literally poured) a packet of Salad Greens seeds in between tomato plants last summer (2013).  The seeds emerged quickly, produced healthy foliage till they began to bolt and produced flowers.  Autumn came; one type of the greens continued to grow and did not bolt.  Then winter came; the leaves of this plant began to form heads - like that of cabbage.  The new leaves also began to turn wine-red in color.  It was then when I began to wonder what this plant was - Radicchio! 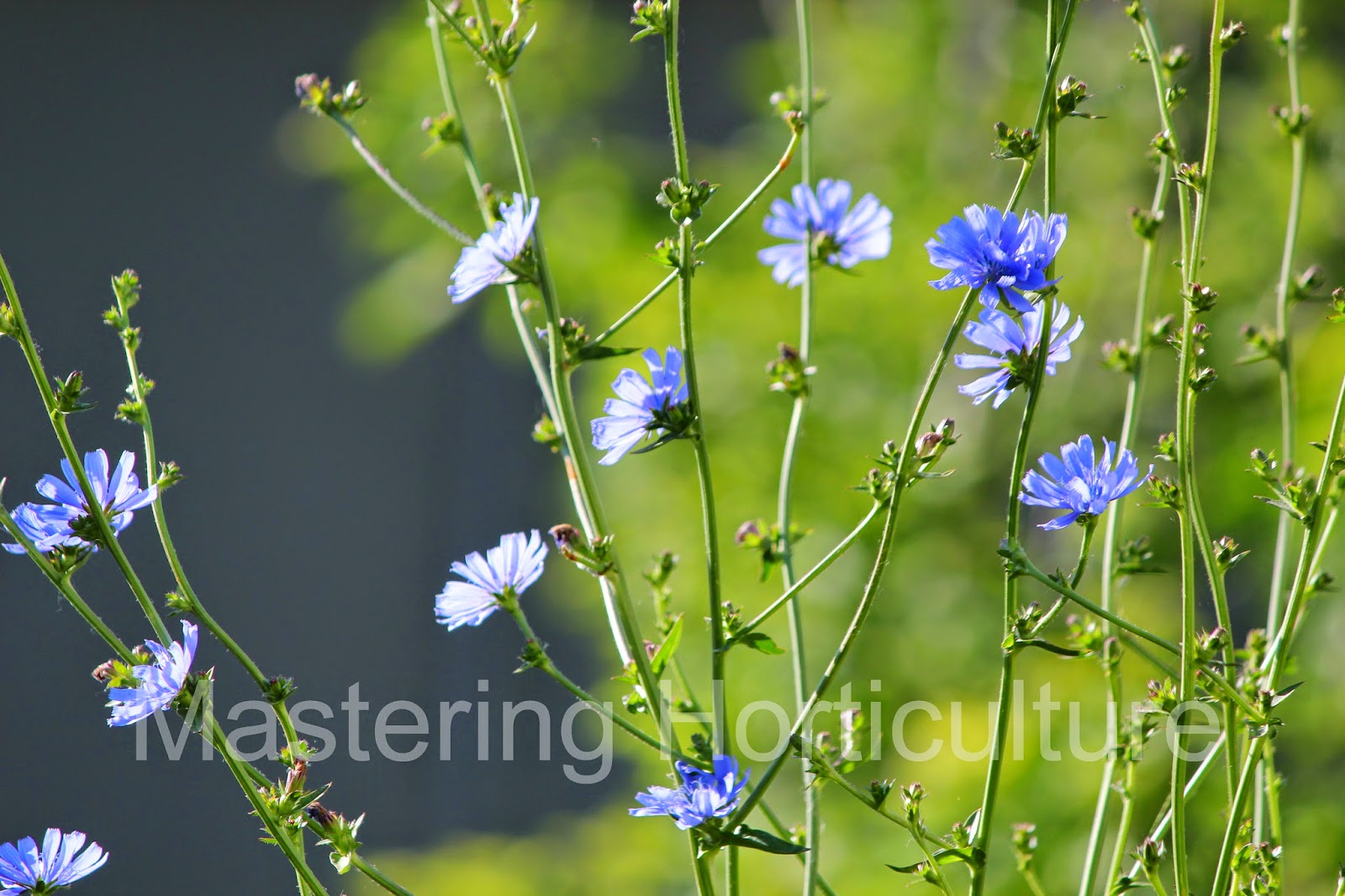 When Monocle Magazine named radicchio Vegetable of 2014, I was determined to keep a close observation on these curious plants growing in my garden.  The mildly bitter and vibrant red radicchio is considered a super food due to its high antioxidant content.  It was tempting but I resisted harvesting them.  At this point they were more valuable as a learning tool than food.

Spring came and the radicchio heads began to unfurl and flower initiation began.  The plant finally began to bolt.  The ground-hugging salad item suddenly turned into seven-foot flowering plant.  Beautiful blue flowers opened every morning and faded in the afternoon.  This scheduled flower opening made the bees busy during the cooler time of the day.  Indeed, radicchio is a good insectary plant.  Being a member of the Asteraceae plant family (commonly known as aster or sunflower family), the flowers are designed in such a way that insects can land on them with conveniently. 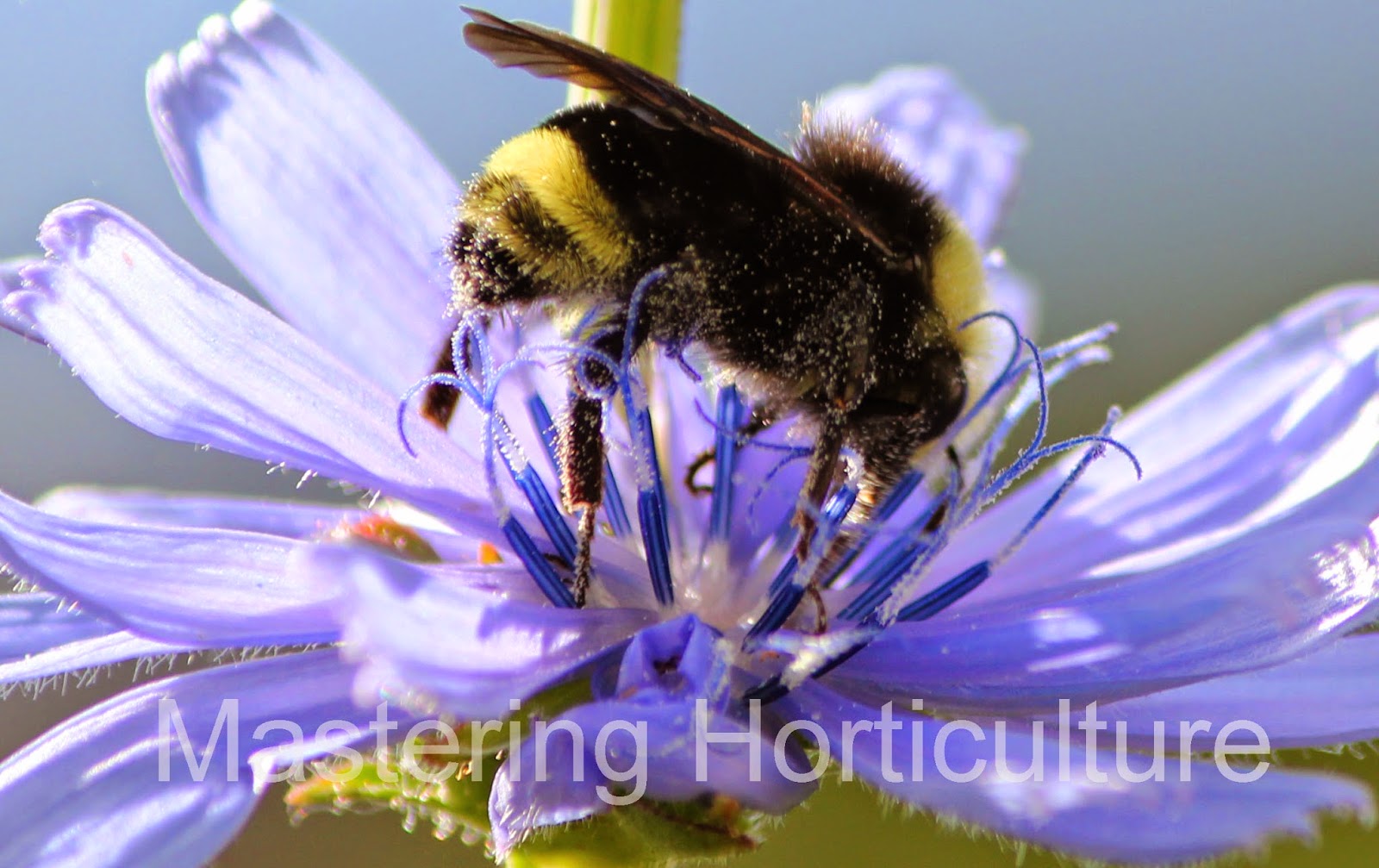 Plant radicchio for food, beautiful flowers and insectary plant.
Posted by Helen Lewis at 1:27 AM No comments: