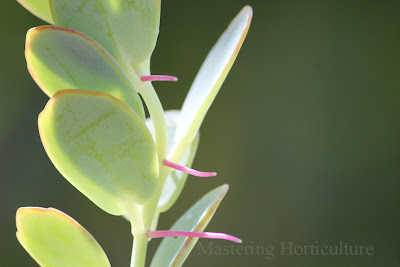 Fig. 1  Adventitious roots on Kalanchoe panamensis
Kalanchoe panamensis is a very interesting plant.  Depending on the surrounding moisture conditions, roots freely come out from the upper parts of their stems (Fig. 1).  Once these roots reach the ground they function as a regular root (for absorption) and as stilt roots (for plant support).  As the stem lodges, the plant anchors to the ground with these roots allowing each node to be anchored and independent.  This prepares each section of the plant for any eventual separation from the main stem.  This is what I call 'life insurance plan'.
From the leaves, new shoots grow to become new plants (Fig. 2).  This is a common occurrence on the leaves that have fallen off the plant.  Even without gardener's intervention, the residual soil moisture underneath the leaves is sufficient to get the new sprouts get established.  With these characteristics, this plant has one mission - to clone itself for self-preservation. 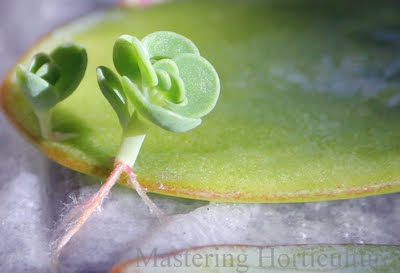 Fig. 2   Adventitious shoots growing on a detached leaf  (Kalanchoe panamensis).
Adventitious Roots. The standard root system of a plant originates from the radicle in the seed. The radicle grows to become the primary root. From the primary roots grow lateral roots. As a general sequence, lateral roots always grow from roots. Roots beget roots. However, there is a specialized type of roots called adventitious roots that originates from unusual and unexpected parts on the plant. Adventitious roots form on stem or leaf-derived tissues.


Adventitious Shoots. The first shoot from a seed originates from the plumule which eventually grows into the primary stem. Then lateral buds grow from this main stem. However there is a shoot formation that takes place on root and leaf tissues (Fig. 2). This is called adventitious shoot formation because the shoot or buds grow where they are not expected to.

Adventitious root and shoot formation is the key phenomenon that leads to regeneration.  It is the same phenomenon makes tissue culture possible.  When a plant is stressed or injured or detached from the plant, the natural response of the plant cells is to start life all over again.  Where would cloning or asexual propagation be without these roots and buds that grow from unexpected origins?   It is unimaginable how we could have two plants that are genetically the same if plants were not capable of growing adventitious roots.


Many succulent plants clone themselves naturally like Kalanchoe panamensis. Some grow roots at the base of the leaves instead of the edges of the leaf blade such as Echeveria 'Black Prince' in Fig.3. You can probably name a few species that does exactly the same thing. The fact is that succulents thrive on less water. Some of them originated from places where environmental conditions may not permit the completion of their life cycle - meaning from seed to seed. However, they have been equipped (by the Creator) with the ability to reproduce themselves apart from the seeds. This ability is backed by adventitious root and adventitious shoot formation. As a result, we can get plants that are genetically identical over and over again. We can design gardens and plan on the exact full size, color, and flowering time of every plant we put in the ground - all because of adventitious roots and adventitious shoots. 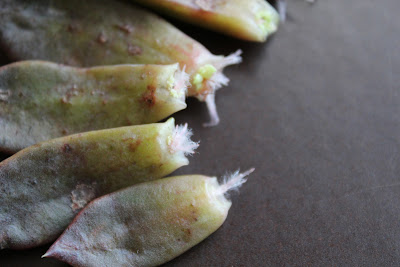 Fig. 3  Adventitious roots on leaves of Echeveria 'Black Prince'.
Kalanchoe panamensis is just a visual aid to demonstrate what we often take for granted - the adventitious root and shoot formation.
Can you name some plant species in your garden that clone themselves naturally?
Posted by Helen Lewis at 11:48 PM

This year I relied on adventitious roots on a tomato plant that was ravaged by voles. I knew that providing I kept the stem buried in damp soil, they'd sprout on the stem. They did, and the plant survived! I love that plants have totipotent cells, it's a shame we don't! ;)

Do agaves count? My tillandsias pup and also release seeds. Can pups be considered adventitious shoots?

Very interesting post. I'm going to have to look a little closer at my plants!

I've never had much luck with kalanchoe. Mine tend to get leggy, but I have seen adventitious roots on jade plants.

Ficus is the usual sample for adventitious roots

How beautiful! I am not familiar with the plants but I sense your passion and knowledge. Will learn a lot from you I hope. Really beautiful photographs, stunning detail.

We've recently started to research succulents for a container bed we are planning and so this article was so timely, in terms of the plants we are considering, kalanchoes being one. Thanks for sharing valuable info about this very interesting phenomenon!

I'm so glad I came across your article. I ordered a kalanchoe marnieriana cutting online and when it started growing plantlets on the edge of the leaves I realized it is actually a panamensis. So interesting!