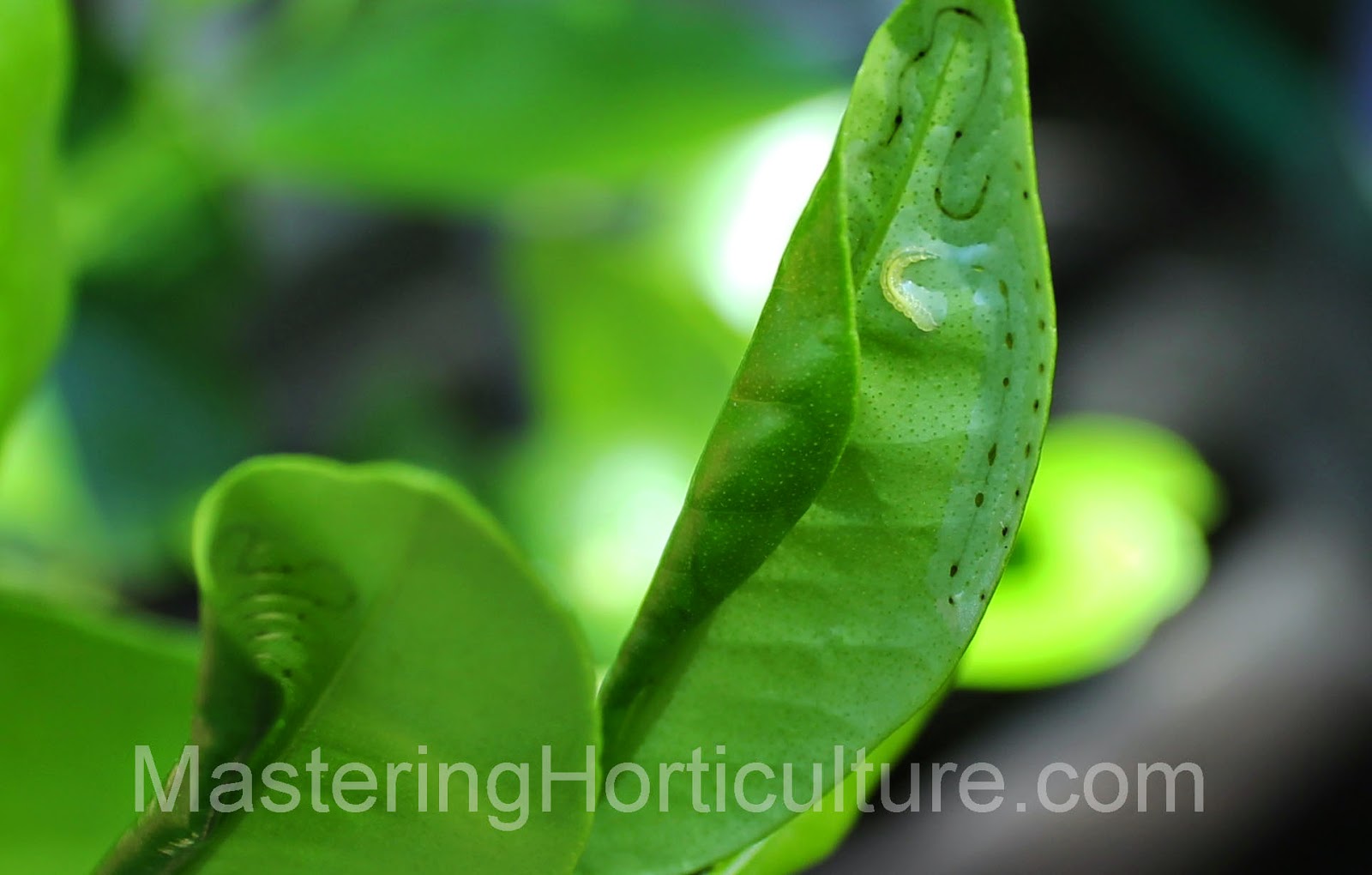 Fig.  1   Leafminer larvae feeding in the leaf through sinuous mines.

Citrus Leafminer in the Area
Leafminers (Phyllocnistis citrella) appears to be an important pest this year in our area.  As a matter of fact, this is the first time they appeared in my garden.  All my citrus plants - including orange (Citrus sinensis), lemon (Citrus limon) and calamansi/calamondin (Citrofortunella microcarpa) - showed symptoms of infestation during late summer and early fall.

Citrus leafminer is native to Asia and has spread slowly around the world. It is relatively new in the US as it is was first discovered in Florida in 1993 and eventually made it to California in 2000 (1).  It was first detected in Imperial County - probably through Mexico.  It soon moved inward toward adjacent counties (2).  And this year, leafminer now infests Sacramento and El Dorado Counties - including my garden. 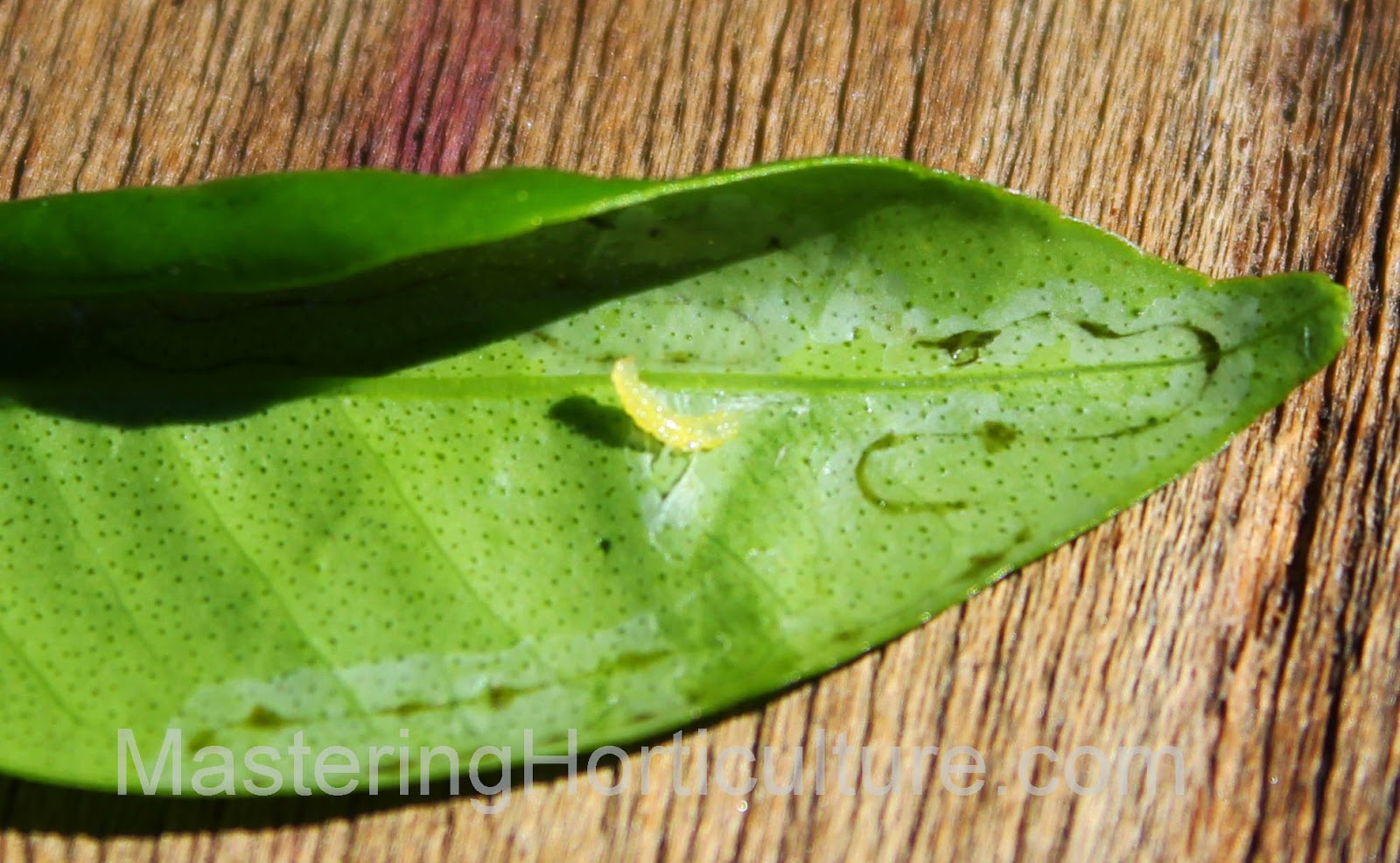 Fig. 2   Leafminer larvae: feeling agoraphobic after an opening was made on its tunnel.

Leafminer, in its adult form, is a very tiny moth which are rarely noticed.  They are most active during the cooler time of the day as in early morning and evening - resting on the underside of the leaves of the host plant during the day.  The moth does not do damage to the plant but it lays its egg along the mid-vein of new tender leaves.  After a week, the egg hatches into a larvae and it begins to feed in the leaf creating micro tunnels that runs in a sinuous path of mines (Fig. 1).  Leafminer is most destructive in the larval stage. The once-invisible tunnels soon begin to cover a large proportion of the leaf.  At some point the larvae gets out of the mines and move towards the edge of the leaf and rolls the leaf around it -- this is the pre-pupal stage.  The curling of young foliage is the most noticeable sign of infestation (Fig. 3).  Unfortunately, at this stage, most of the damage has been done.  The pupa will live there for a few more weeks before it emerges as a moth (Fig. 4).  Female moths immediately releases sex pheromones to attract males.  Thus the cycle of life continues without delay. :) 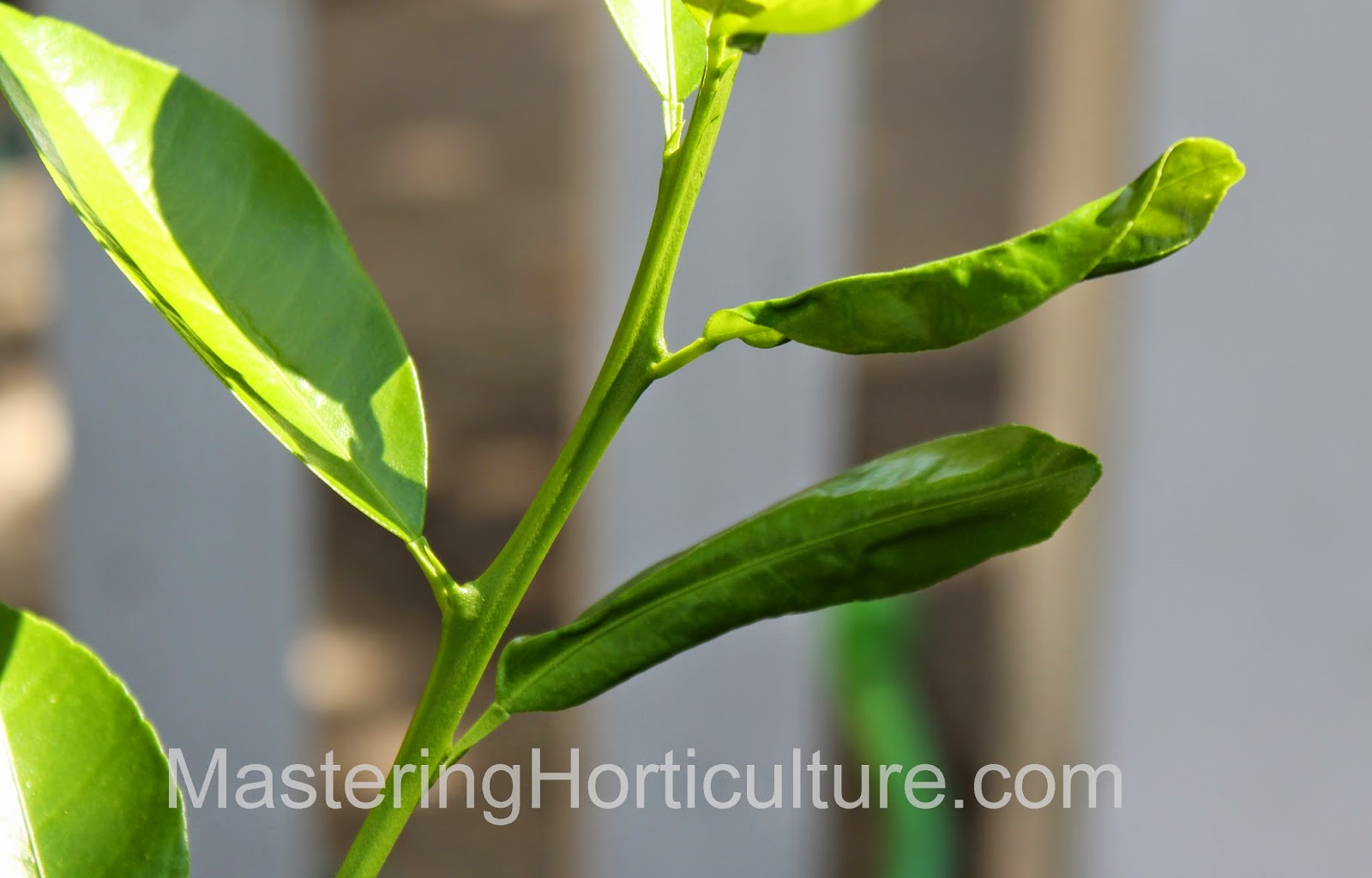 How to Manage Leafminer
The success management depends on how early the life cycle broken. Pest when properly managed can be inhibited from spreading into a large area.  Since oviposition (egg-laying) happens only in the newly opened leaves, it is a good idea to monitor the presence of leafminer around the time of growth flush.  IPM recommends the use of pheromone-baited traps only to detect the time when males begin to fly and determine time of insecticide application. There are insecticides available for the control of citrus leafminers but timing and type of insecticide is key.

Depending on mode of action, insecticides attack pests at
specific stages of  the insect's life cycle.

Here are some examples of pesticides and the corresponding stage of the insect when they are most effective:

1.  Permethrin (e.g. Eight) and Spinosad (e.g. Captain Jack's Dead Bug) Controls the moths.  Spray only within the area where they are expected to linger.
2.  Horticultural oils (e.g. Neem Oil) May hinders oviposition (egg-laying) on sprayed leaves.  Repeat spraying as new leaves emerge.
3.  Neonicotinoid (e.g. imidacloprid) controls the larvae.  When the leafminer larvae are inside the "leaf mine" only systemic insecticides (such as neonicotinoid) can get them effectively. For drench application, it is important to keep in mind that the insecticide molecules take about two weeks to reach the growing points of the plant - where leafminer eggs are laid. In other words, apply before infestation is expected - when the new leaves are half-way open.  Imidacloprid when sprayed on the leaves can also move translaminary - the active ingredient of the insecticide penetrates the leaf cuticle and moves into the leaf tissues.  This means that even the larvae that is securely tucked in its tunnel becomes vulnerable.

When using any insecticide, always use recommended dosage and the recommended schedule so that we do not accidently kill unintended insects including beneficial ones.

Other Management Tips
1.  Pruning encourages new growth (flush) on which leafminers prefer to lay their eggs.  If you can handle looking at leafminer-damaged leaves, do not be too in a hurry to cut them off because they can still continue to photosynthesize (produce food) for the plant.

Stroll in your garden often.  If you find some leafminers, squash them.
Posted by Helen Lewis at 9:58 AM No comments: