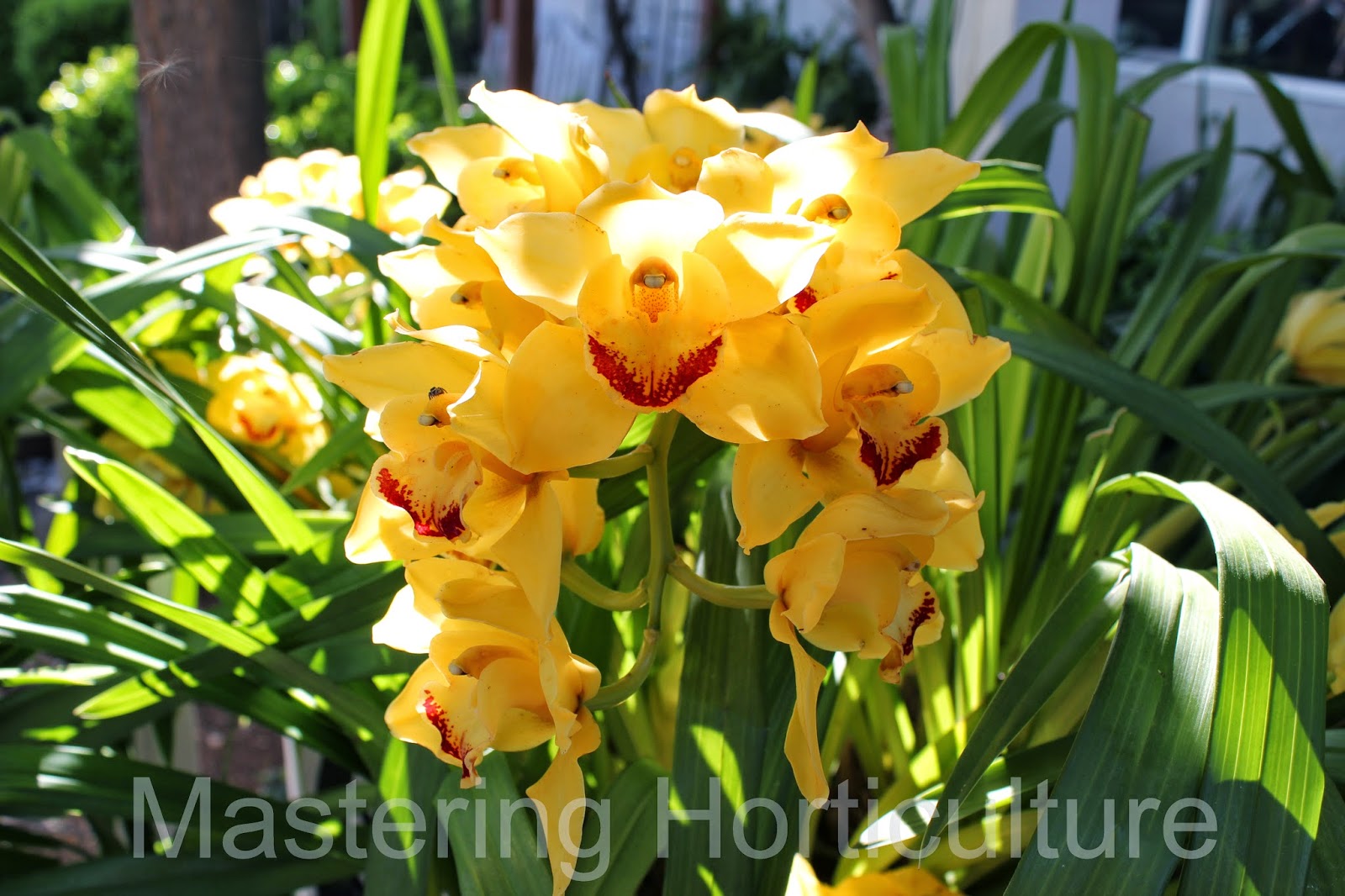 
Three years ago I repotted my cymbidiums into three gallon containers.  This year (late spring) I divided them again after they all finished blooming; turning each plant into three individual plants. In some cases I hesitated to divide them because I like seeing multitudes of spikes (instead of two or three per plant) shooting from among the sword-like sheaths of green leaves, so I repotted them into larger containers.  One of them now resides in a fifteen gallon container.  It will be interesting to see how it will perform next blooming season. 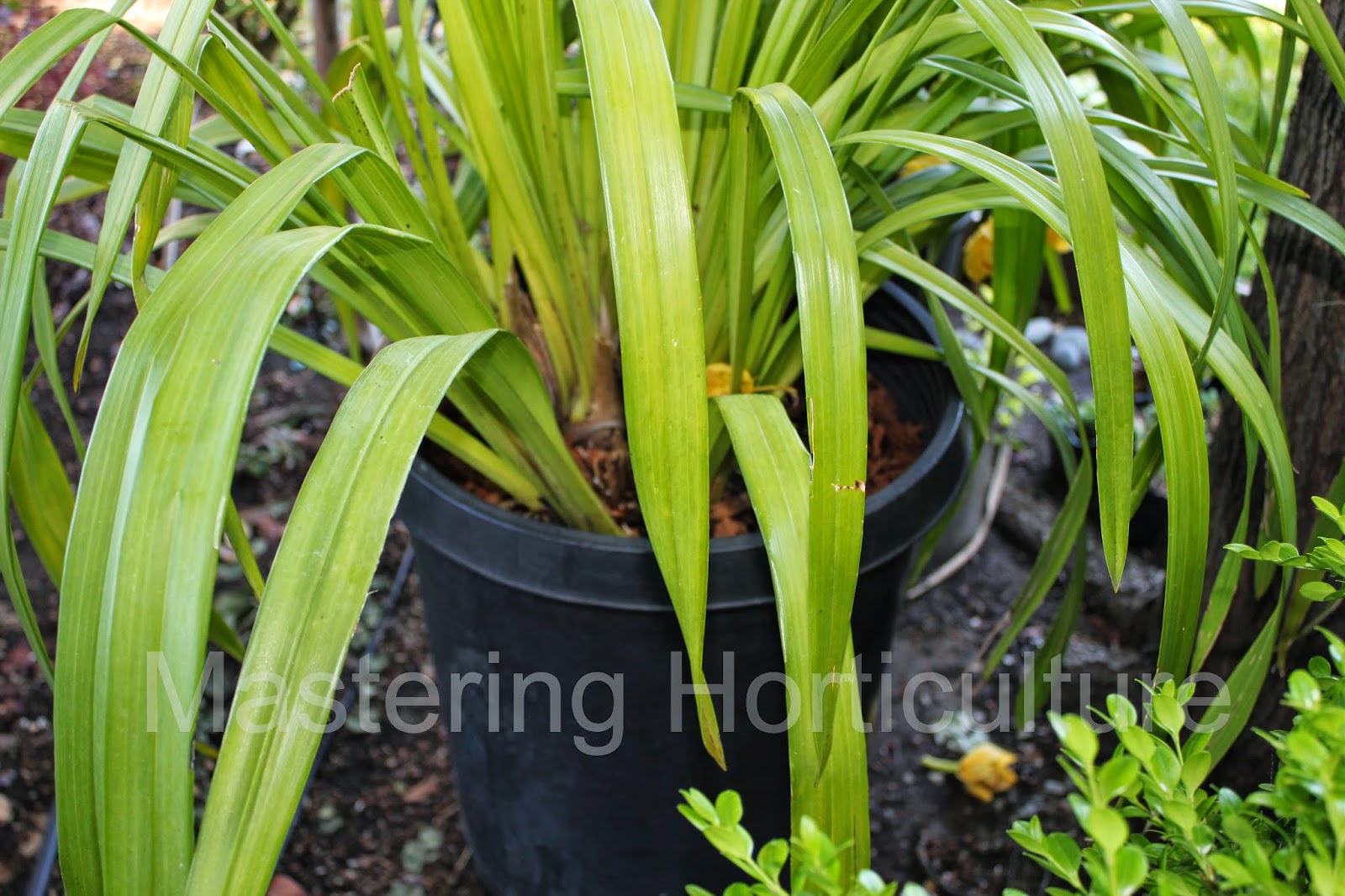 2010 Potting Medium
Motivated by the high cost of bagged orchid mix, I thought of making my own mix for my cymbidiums as follows:
Decomposed redwood bark (.25 - 0.5 inch)
Perlite
Handful of  potting soil

I used three years ago worked.  The plants did well - with lots of blooms and good root system.  The bark decomposed into very fine compost which I scattered along the rows of boxwood near my vegetable garden.


2014 Potting Medium
This year I used yet a different mix:

With the current drought that we are experiencing, the peat moss would help retain more water allowing for less frequent watering.  Larger-size bark was used to allow good air movement around the root area. 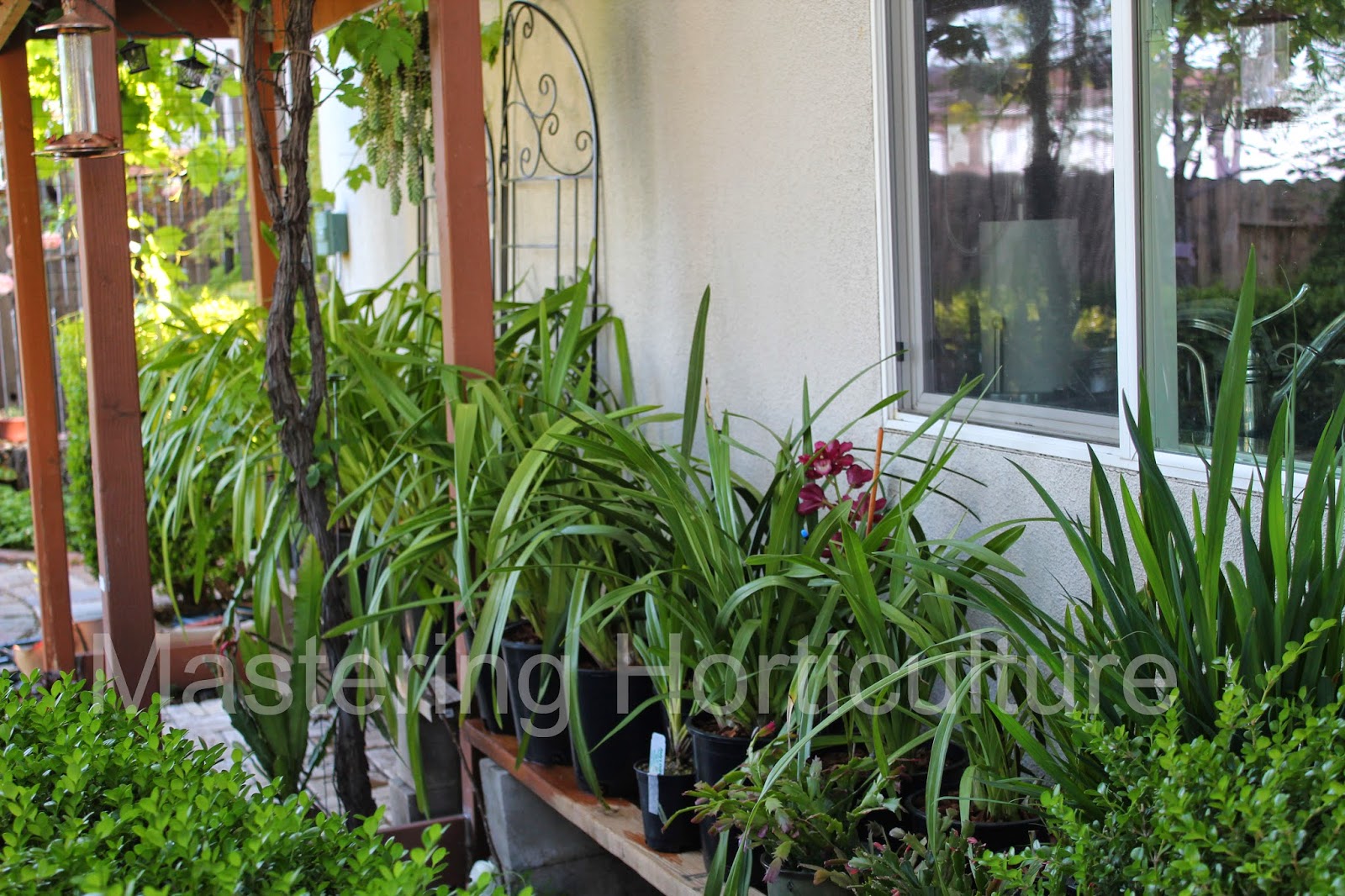 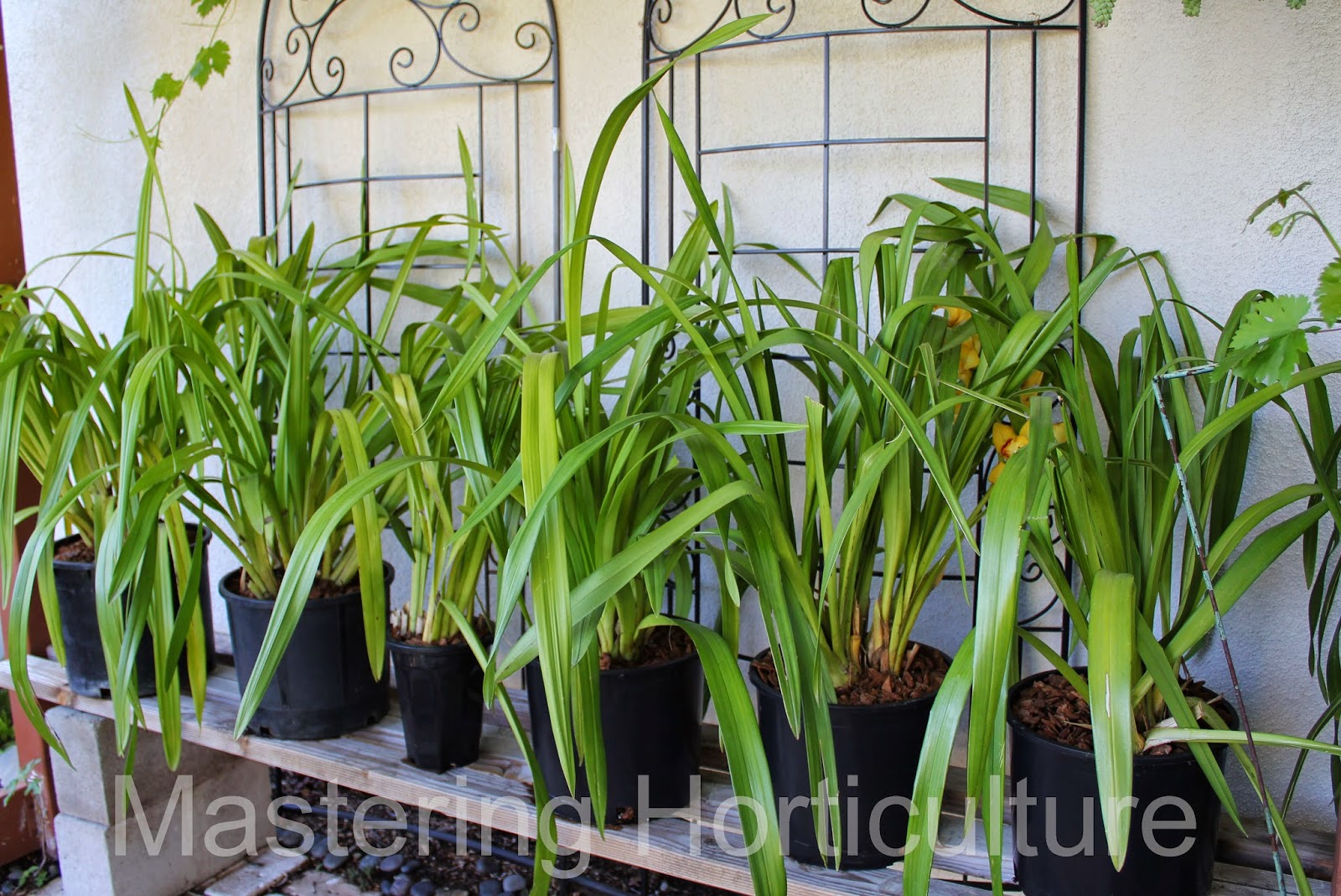 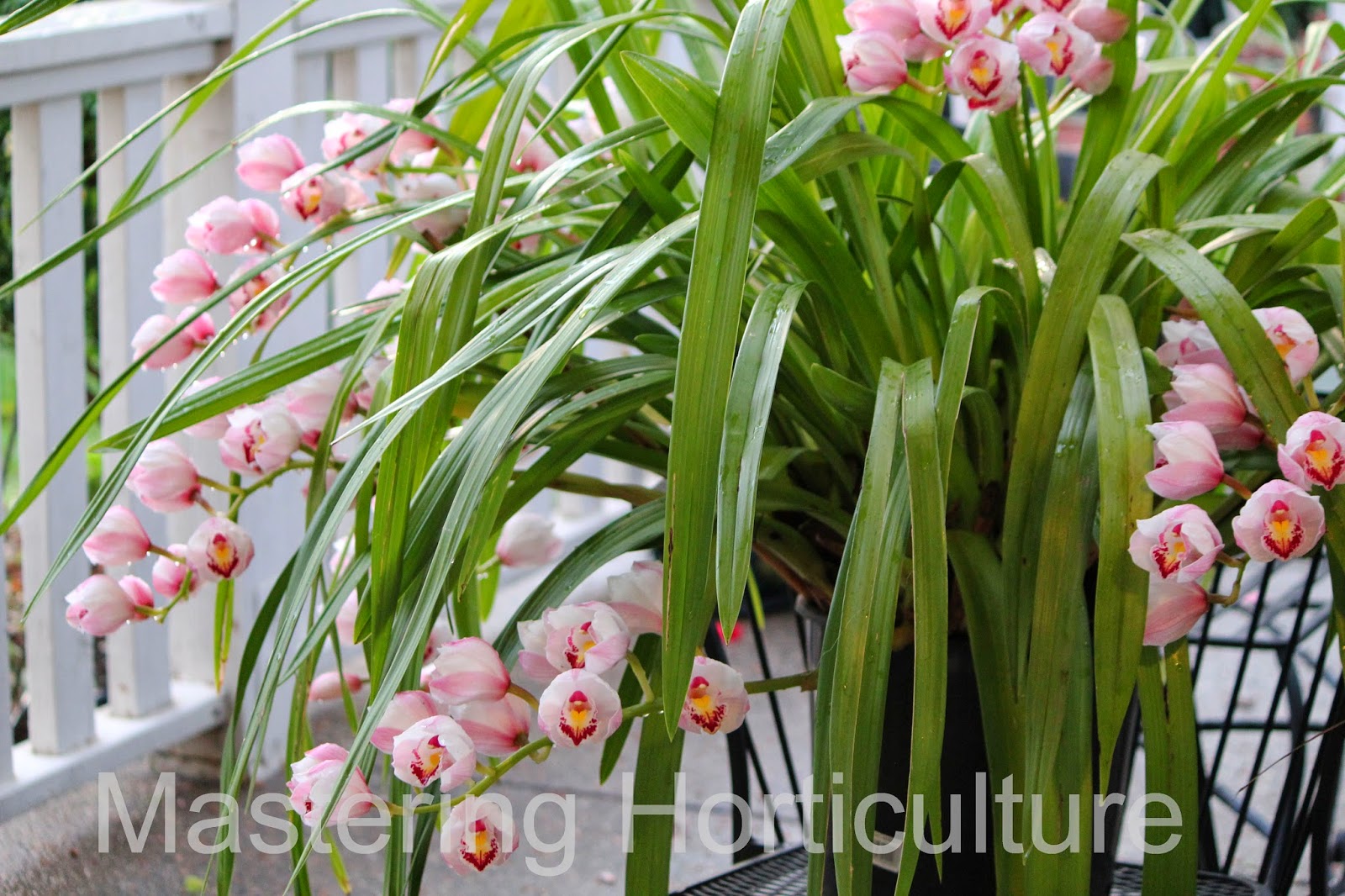 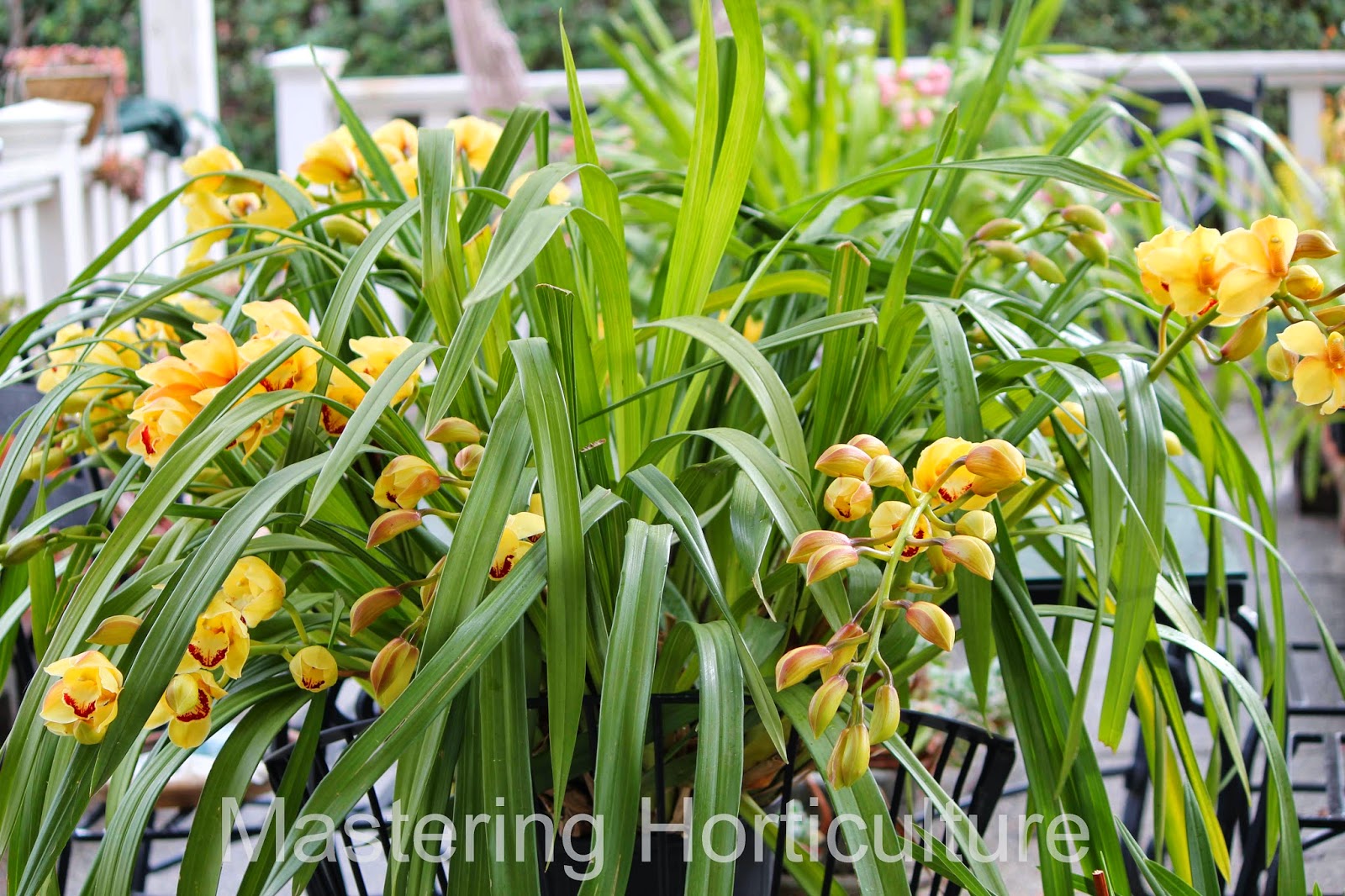 Right now, my orchids are doing well in their new growing media but it took them a while to get used to their new root environment.  I will be posing a new update come fall.