Succulents: Survivors of the Winter 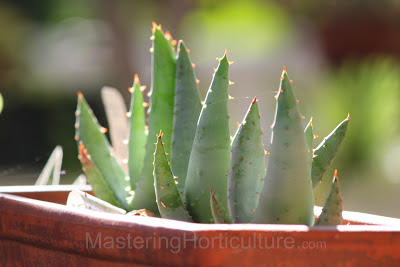 When planning for hot and dry condition planting, succulents are often among the top candidates because of their ability to withstand prolonged periods of drought.  On the other when it comes to planning for winter interests, seldom do they ever get recommended.  This could be because of an unspoken assumption that when a plant is heat tolerant, it does not like the cold.  This assumption is not valid.  Like all gardeners who have grown some of them, I can say that with the appropriate variety and suitable location in the garden, succulents can be among the few interesting plants in the dead of the winter.  While the rest of the traditional plants go into dormancy, some succulents continue to grow changing their colors in response to the temperature and light intensity. 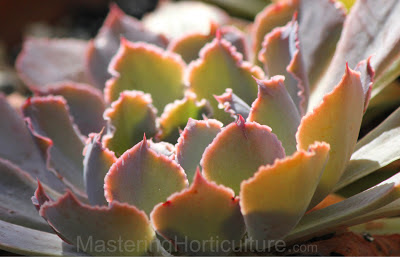 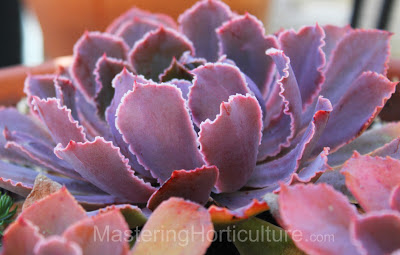 Succulents cover a wide range of plant species that originated from places of varied climes.  Some have come from the tropics (rain might be prevalent but some succulents grow on trees where the roots cannot reach the ground); arid regions (deserts have low rainfall and high temperatures that limit water supply); coastal areas (water may be available but it is usually loaded with high levels of salts and minerals - beyond the threshold levels for most plants); and the alps (precipitation may come fresh in relatively larger quantities but it is frozen and unavailable for plant consumption).  With that in mind, it is not surprising that some succulents respond differently under varied  environmental conditions. And that is why, some succulents can be winter gems even in temperate areas. 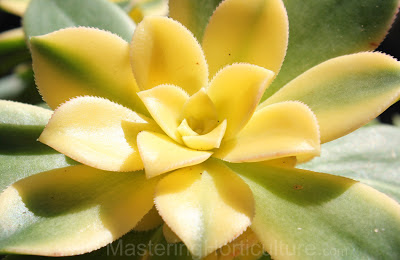 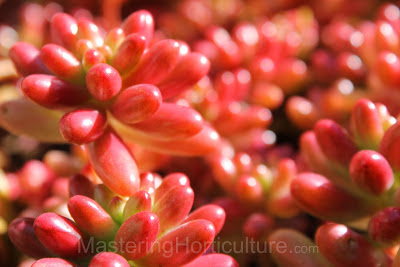 
Succulents is the collective term for drought-tolerant plants with the characteristic thickened fleshy organs (leaves, stems, or roots).  Whether the plants evolved (over the years) to come up with this type of specialized fleshy tissues as survival mechanism or whether they were originally endowed with such characteristics the first time they sprouted in the Garden of Eden, I am not sure.  However, if such character traits of succulents allow them to survive the extreme dry conditions, how much more would they favor the plants that are grown in gardens where almost everything is manipulated to provide favorable conditions for the plants? 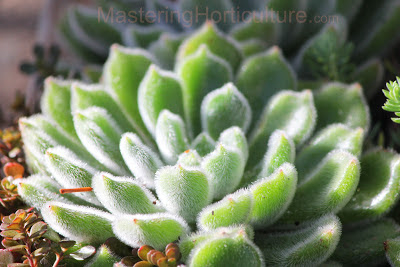 California is known for its generally mild climates but my garden - being in the foothills of the Sierras - experiences both ends of the thermal spectrum.   We have very hot summers and freezing winters.  Over the years I have observed that only few of the succulents in my collection are susceptible to the cold.  In fact most of them are very resilient and they display very interesting colors during the colder months.


Aeoniums, Sempervivums, Aloes, and Sedums are among the ones that consistently do well in my garden.  Others like Echeveria also do well depending on variety and microclimate. The earlier they get the morning sun, the better - as this would shorten their exposure to freezing temperatures.  Although succulents prefer some amount of shade in the summer, plants that are placed on the south-facing side of the garden have a better chance of withstanding the harsh winter nights.

With the right variety and microclimate, succulents can be the garden gem that sparkles in the winter.

Thank you very much for breaking the myth about succulents hating winter's cold because they are drought tolerrant plants. These plants are lovely and I am learning how to grow them well.

You are so right Helen! Thank you for such a wonderful post on succulents. This however was one of those years where our dear succulents did not fair very well. But in most cases you are correct. I am thrilled that you are nearby. My father lives in El Dorado Hills. He lives in Govenors Village. Wow! Thank you for your visit to my blog. I am now a follower or yours too. Wonderful photos!

Succulents for more northern climates like mine are wonderful too. I am quite enamored with them and seem to have started a pot collection of hens and chicks, sedums and others.