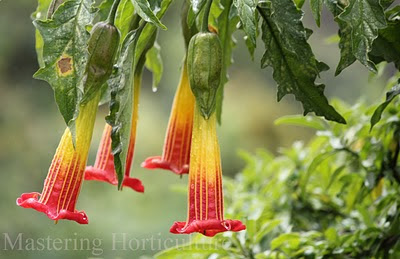 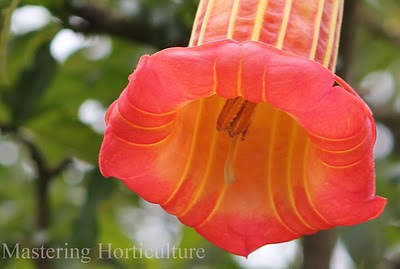 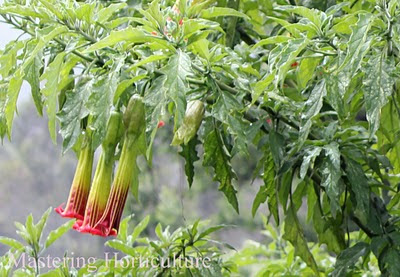 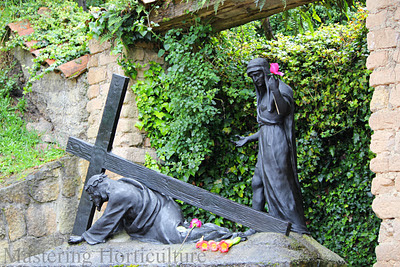 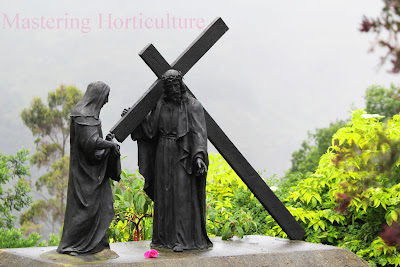 At 10,300+ ft elevation, Mount Montserrate has a tropical yet mild climate.
I've heard a European shepherd once say that it is alright to have wolves around his flock as long as he sees the wolves first before they see him.  The problem is when the wolves see him first - then it is too late.  Likewise, it better to know the dangers Brugmansia has before it tells you so.
Posted by Helen Lewis at 8:02 PM

I cannot grow the red Angel Trumpet, I guess the altitude of 3 ft above sea level here in Florida must be it ;-)... but the flower on Fig. 2 looks so very similar to my Hawaiian Sunset vine blooms.