Late Crop with a Reason 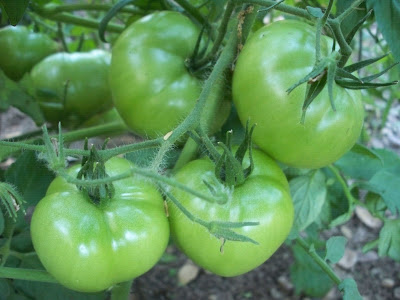 September 26, 2010:  Tomatoes are still all green.
Problem:  My friend Janice loves gardening.  She and her husband takes pride in their vegetable garden that they plant every year.  However, the current year is different from the previous ones - their crops are late.  The tomatoes are still green.  They started their crops in the spring and the good weather we had presented no problems for the crops.  They watched the plants grow and were pleased with what they saw.  Until one day the plants that were full of promise began to disappear one after another.  Gophers, their subterranean enemies, launched a war against them.  She was almost crying when she described the way they felt about their garden that disappeared in front of their eyes.   They tried several suggested solutions to solve the problem before they finally identified the one that worked.
Solution:  Ammonia and dryer sheets.  Who would have thought?  They poured the ammonia into the holes and plugged the same hole with the dryer sheets.   Then the gophers were gone.  Whether the enemies died or fled to a different garden is something yet to be determined.
Effect:  After the gophers were gone, they planted again but now their crops are late.  At the writing of this post, their tomatoes are as green as can be.  They are huge but they are still bulking.  It is late in September and the temperatures are beginning to feel like fall.   They lost a good number of the optimum growing days of spring and summer.   However this is not all bad...with the way things are it is likely that they will have fresh home-grown tomatoes for their Thanksgiving dinner and freshly made Salsa Verde to go with chips. 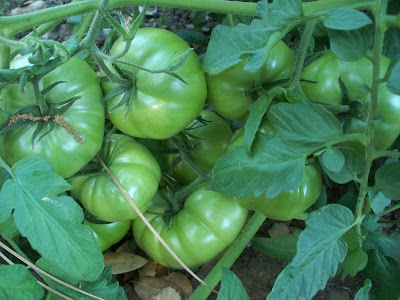 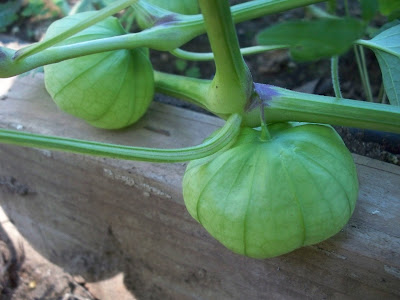 Tomatillos
Success in gardening cannot be achieved with one perfect formula.  The conditions around the garden vary from season to season and present a new experience to be sought.  No gardener can truly master a garden but one can master the learning process.
Posted by Helen Lewis at 7:22 AM

We found ourselves with more green tomatoes late last season than expected, mostly because our plants just kept producing. I made a green tomato soup, but they're also good pickled too, and of course, salsa verde...whats not to like?

We've had more than our fair share of gophers, but thankfully, we've become very handy with the Cinch Trap method...and now, all gophers fear us! :P

Well, I guess a late crop is better than none. I also have quite a few tomatoes that are still green. I sliced and fried a few of them over the weekend!

I'm filing away that gopher chaser for future reference. Nice to "meet" you and your blog!

Hi, better late than never...although the old 'put the green tomatoes in a paperbag with a ripe banana' trick works well for us...