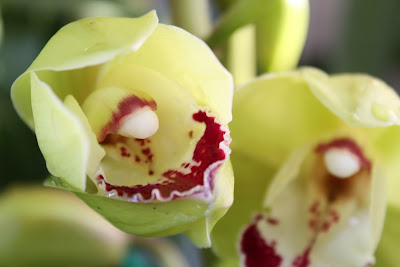 Cymbidium is an outdoor orchid; for optimum flowering, treat it as an outdoor plant.
Posted by Helen Lewis at 4:51 PM

Thank you for the helpful tips. I have had my orchids for five years and like you leaned what they prefer in that time. You are right about the temperature change. That and the the timing on the fertilizer were the key factors in getting multiple stalks and full rich blooms.