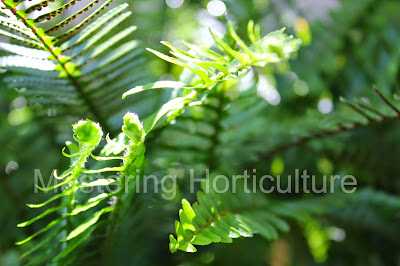 New fronds on ferns start out plain green (Fig. 1).  While some fronds are sterile, some are fertile for reproduction which can be differentiated by inspecting the under-side of the fronds as they begin to develop sori - the reproductive structure in ferns (Fig. 2).

The sori  start out as rows of two dimentional dots (Fig. 2) and as they mature they turn increasingly three-dimensional resulting in an embossed appearance on the fronds. At this point, the sori are enclosed in a thin flap of tissue called indusium. 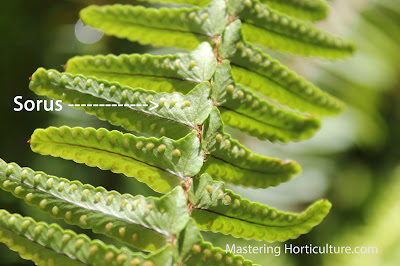 The indusium at first covers, the entire sorus (Fig.2).  However, as the sori mature, the indusia slowly recede to unveil the growing sporangia (Fig. 3) - each sorus containing clusters of sporangia. Eventually, the and finally detaches from the sorus leaving a velvety house of spores (Fig.4). 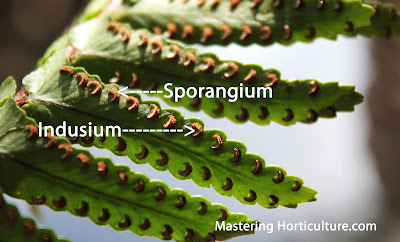 Fig. 3   Indusium slowly revealing the sporangia as they mature.

Sporangium  (Fig. 4) is a receptacle in which asexual spores are developed.  Ferns are flowerless and seedless plants - therefore, they do not undergo sexual fertilization where a male cell unites with a female cell to form a new embryo.  Instead, they have sporangia that are like tiny packages containing multitudes of spores - all potentially capable of cell division to produce a multi-cellular organism - a new plant.  Minute as they are, spores are designed to survive and dispersed - they remain viable for a long time until favorable conditions are met. 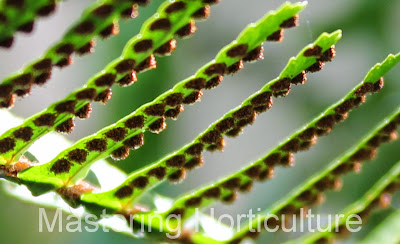 Fig. 4    Sporangia all ready for dispersal.


Now that we know about fertile fern fronds that give rise to aggregates of sori that hold the sporangia which are the vessels that contain the spores, we can say that the fronds are not ordinary leaves.  Unlike the leaves of flowering plants which function mainly as sites for photosynthesis, the fern fronds perform dual functions - photosynthetic and reproductive.